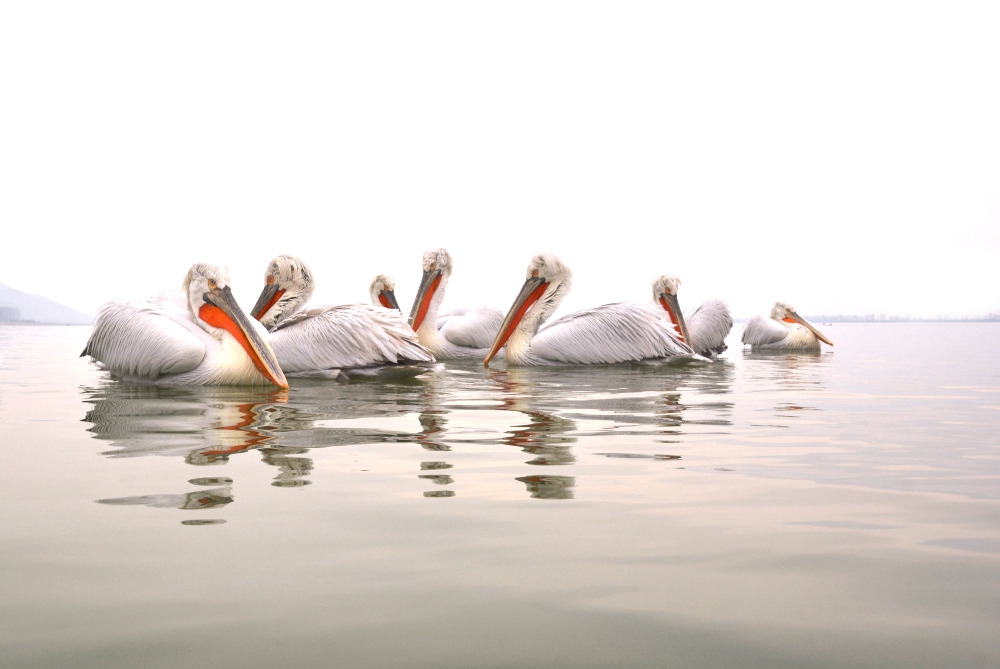 The Republic of Macedonia (former part of Yugoslavia, capital Skopje) is a small country situated in the southern part of the Balkan Peninsula. It's a natural bridge between east and west, north and south. Thanks to its rich nature and cultural heritage, Macedonia is often called “the Pearl of the Balkans". Our local guides are the coordinators of vulture conservation project. Birding in Macedonia is extremely interesting, especially because the area is not fully explored yet. Our tour will give you a chance to explore birds in this beautiful and interesting region full of scenic mountains, large lakes and extensive lowlands along the Vardar River.

Main target birds in Macedonia are the raptors:

Other species likely to be seen in Macedonia & N. Greece are:

Arrival in Skopje airport (alternatively, Thesaloniki Greece). Transfer to Kavadarci, the centre of a famous wine area in central Macedonia and a vulture conservation project.

We will visit a vulture feeding place where two species of vultures are expected to be observed: Griffon Vulture and Egyptian Vulture, and other raptors such as Golden Eagle, Eastern Imperial Eagle, Short-toed Snake Eagle, and anumber of ravens. Slope, where the feeding place is located, is a very interesting village rich in a great variety of bird species. We expect to see a Sparrowhawk, Lesser Kestrel, Long Legged Buzzards, all the Shrikes and a number of other birds. Gray Wolves are also likely to be seen there. Then, we will come to a wonderful vista overlooking the "Tikves Lake" protected area inhabited by a vulture colony. Spend the rest of the day in the Bosavica gorge with many nests of Short-toed Snake Eagle, Golden Eagle, and two nests of Egyptian Vultures. There is also a traditional shepherd village and a famous winery.

In the morning, we will appreciate an Eastern Imperial Eagle's nest with a chick located on top of an electrical pole. There is a nest of Peregrine Falcon on an nearby pole. In the vicinity, we will shortly visit Stobi, a famous archeological site dating back to ancient Macedonia. In late afternoon, visit of the Timjanik village with one of the largest Lesser Kestrel colonies in Macedonia. Evening spent in famous winery in Macedonia for winetasting and dinner.

The Tikves lake is a strictly protected area and ornithological reserve rich in rare species of birds, plants, trees, bats and other wildlife. There was spotted 135 species of birds. Along the lake, there is a number of caves with bats, picturesque bays, a cave church and a 14th century monastery. A large vulture colony is situated along the lake. We may also encounter nests of Short-Toed Snake Eagle, Long Legged Buzzard, Lesser Kestrel, Black Stork in this location.

Prespa and Mikro Prespa Lakes host more than 1,500 species of plants, 40 species of mammals, 260 of birds, 32 reptiles and amphibians, and 17 species of fish including a number of species found only here. The mountains are one of the last European homes of brown bears, gray wolves, chamois and wild boar whilst the lake host breeding colonies of Dalmatian and White Pelicans as well as Pygmy Cormorants. Birding (Egyptian Vulture nest, Wood Lark etc.) on route to Prespa National Park in Greece. Afternoon birding at Mikro Prespa.

Transfer to the airport for your departure flight