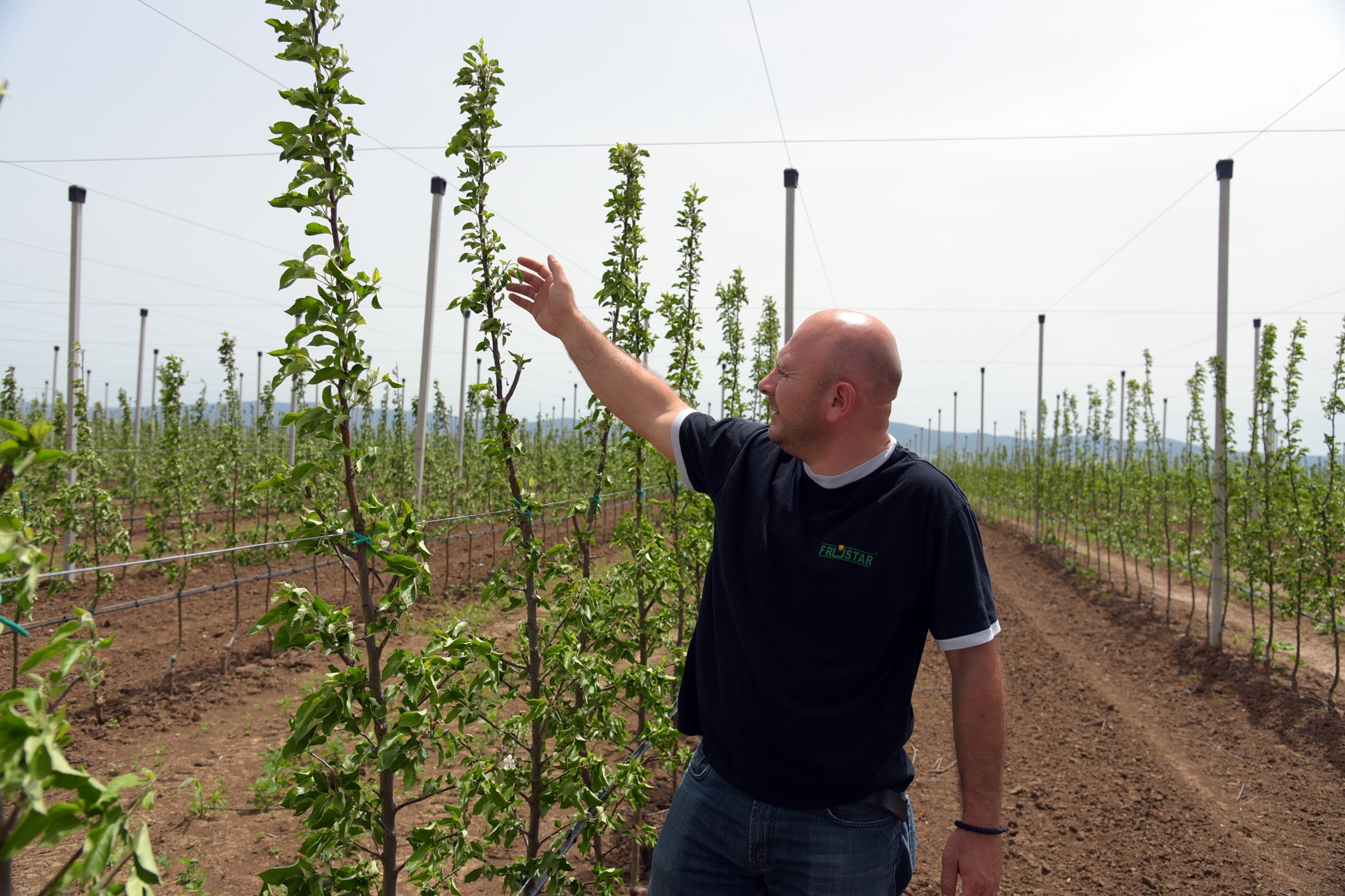 Hungarian part is organized in cooperation with ALTAGRA HUNGARY

Serbia is a Balkan country (total area 88,361 km², population 7.2 mil.), part of the former Yugoslavia, not an EU member. Its capital Belgrade, with population of 1.23 mil., is situated in the heart of the country.

Serbia’s most important sectors are agriculture and food processing industry. The total area of agricultural land is 6.1 mil. HA, 90% of which is intensive arable land (over 60% of Serbia!). The crop structure is as follows: cereals 59%, fodder plants 16%, industrial plants 15%, fruit and vegetables 10%. Serbia is world’s no. 2 producer of raspberries (84,299 metric tons, second to Russia) and plums. Cattle heads are over 900,000 (mainly dairy cows) and pigs total 3.5 million. Other important animals are sheep and goats. The number of households’ members and full-time employees on farms is over 1.4 mil., which covers around 25% of an active population. 80% farms are private, 20% corporate. The largest farms with the most fertile ground are located in Vojvodina region (north of the Danube River). As Serbia is not an EU member, Serbian farmers do not receive any EU financial support (subsidies), just a support from Serbian government. On the other hand, a great portion of the production can be exported to Russia as Serbia doesn’t have any agricultural products export embargo there.

The city’s unique location makes it one of the most beautiful cities in the world.

The hills of Buda and the flat plain of Pest are separated by the sweeping meander of the river which is still blue today on fresh, spring days. Main attraction in Pest side: Heroes' Square, the City Park, Castle Vajdahunyad St. Stephen's Basilica, House of Parliament. Main attraction in Buda side: Buda is the older, more historic and more scenic part of the capital. The main attraction here is the Castle Hill, with its breathtaking view over the city and its many historic and cultural monuments, such as the 13th century Matthias Church, the Royal Castle or the Fishermen's Bastion.

Dinner and accommodation in Budapest

Private 180-hectare cattle and arable farm. Initially the family farm had only a few cows, but the herd now includes another 150 head of cattle and their offspring. The owner manages his farm confidently and has branched out into direct sales, organises pick‑your-own operations on his land.

In the past this traditional farm tavern provided accommodation and food for travelling farmers and animals The group will enjoy a traditional menu of Goulash soup, grilled pork rib and vegetables to the sound of a traditional Gypsy group.

Kecskemét is a town in central Hungary and the county seat of Bács-Kiskun county, half way between Budapest and Szeged, almost equal distance from the two big rivers of the country, Danube and Tisza. The city is well known for its secessionist architecture like the Cifra Palota (Ornamental Palace), Old Synagogue and the City Hall.

Accommodation and dinner in Kecskemét.

The horticultural production based on natural thermal water includes the largest greenhouse and plastic tent area of the country. They work in23 hagreenhouse;23 haof it is heated; in40 haplastic foil tent without heating and50 hafarmland without any cover. The Share Company include 550 families and with the help of supervising horticulture specialists they produce about 10.000 tons of vegetables every year. They answer the challenge of modern technology and the expectations of environmental policy of the European Union and permanently modernise their technology for forced vegetable production applying environment friendly materials and tools.

Visit in the Arboretum of Szarvas

The Arboretum of Szarvas is located in the outskirts of town Szarvas along the Kákafok horseshoe lake. Its area is 82 hectares and it consists of five collections of arboraceous plants.

Accommodation and dinner in Szarvas

Visit at a paprika producing company

Much of Hungary's paprika comes from the fields and factories around the small town of Kalocsa, near the Danube River, and the larger industrial city of Szeged, on the Tisza River, both located on the country's Southern Great Plain. These two centers of paprika production have just the right combination of soil characteristics, temperature, rainfall and sunshine necessary to cultivate the pepper plants successfully.

Winery visit in Subotica - one of nicest wineries in Serbia

Gibraltar on the Danube is a fortress in the town of Petrovaradin, now part of the City of Novi Sad. Fortress was established in 1235 as a monastery. The fortress was strengthened due to the threat of Turkish invasion. However the fortress fell after a two-week siege in 1526.

The decisive battle between the Austrian and Turkish armies took place on August 5, 1716 at Petrovaradin. The Austrians were led by Prince Eugene and the Turks were under the command of Grand Vizier Silahdar Damat Ali Pasha. The victory of the Austrian army signaled the end of the Turkish threat to central Europe. In 18th  and 19th  century was Petrovaradin the most important Austrian fortress on Danube banks.

The farm owner is a former war refugee from Croatia who came to Serbia in 1995. He started working for a state-owned farm and in the meantime, he established his own private farm. Recently he owns 3 stables with 300 heads of Holstein breed with 11.000 l milk utility (one of the highest in Serbia) by milking 3 times per day. Arable unit has 500 HA

Vrsac is the city boasting a centuries-long tradition of wine production. The city is rich in history and tradition, surrounded by a beautiful nature. We will visit the famous “Pharmacy on the stairs” – the oldest pharmacy in the Balkans.